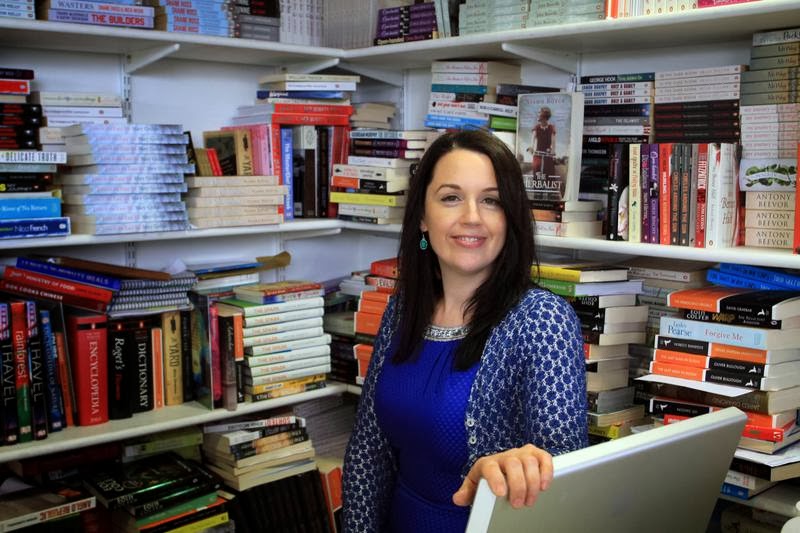 in no particular order.....

Which characters voice did you enjoy, which did you dislike?

Did you find the characters believable?

What was the theme of this book?

The book uses multiple narrators, why do you think the author chose to rotate the point of view in this manner?

How did hearing from all the different characters affect your opinion of The Herbalist?

The main character Emily is written in the first person (I) and Sarah and Carmel are written in the third person (she). What's the effect of this device your relationship with the characters?

Carmel expresses the urge to step into the biblical story of Lot, to stop Lots wife before she looks back and turns into a pillar of salt. Was there a point in the story where you wanted to step in and prevent one of the characters from doing what they were about to do?

Emily says of the herbalist - he was the only one who liked the first impression he got of me- what do you think The Herbalist symbolised for Emily?

Do you think Emily made the right decision in the latter part of the book?

What was the one thing you loved or hated about the book?

Did the plot engage you, were the plot developments unexpected or did you see them coming?

Would you think the book is plot or character driven?

When you finished the book, did any of the characters stay with you? Which one, if any? Why do you think that is?

The characters in this novel have been described as 'yearning for the light of the outside world' (Dermot Bolger) - how do you think they would fare in contemporary Ireland?

Dear Niamh, I've never poted a comment before ,so don't even know if it's right. I really enjoyed your book, in fact couldn't put it down. I loved Aggie and was waiting all the time to read that she was Sarah's birth mother. I come from a small village in Galway and believe me a lot of that small towm interaction, gossip etc was really true to form and only as far back as the 80's! Well done. If it gets made into a film I'll be there.
Congrats again, Colleen

Thanks a million for taking the time to comment Colleen, I'm delighted you enjoyed the book - and especially that you liked Aggie, I became really fond of her too.

Would love if it got made into a film - a lots of readers have said it would make a great movie - maybe it will one day & maybe we can all be extras:)