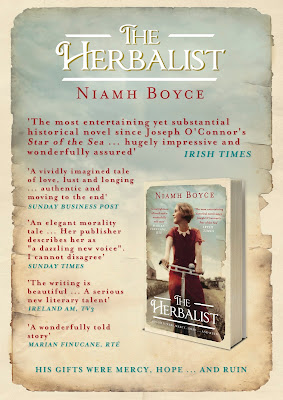 The Irish Times
'Boyce’s subject matter may be dark, and she treats it with the seriousness it deserves, but she writes with a lightness of touch not often seen in the genre; this is the most entertaining yet substantial historical novel I’ve read since Joseph O’Connor’s Star of the Sea. You may not expect a book about fear and repression to be not only enjoyable but funny; The Herbalist often is.' Anna Carey


The Sunday Times
'A devilishly good debut novel....Boyce has plotted and executed an elegant morality tale about the inescapable strictures of women’s lives in post-independence Ireland.   Her publisher describes her on the jacket as ‘a dazzling new voice’.  I cannot disagree.’
Justine McCarthy

Sunday Business Post
'A vividly imagined tale of love, lust and longing ... It is also an important book, which adds a rich fictional version of Irish history to a stark period of Irish life ... a compelling read with a cathartic ending that deserves a wide readership. It remains authentic and moving to the end' Sara Keating

Image Magazine
‘… comparisons to Edna O’Brien and Pat McCabe are more than justified. That said, Boyce has a unique voice and sensibility, one that’s entirely her own.'

"A richly layered and finely realised evocation of the closed world of a vanished Ireland, encompassing its innocent insularity and its hidden corners where sexuality and respectability collide. Niamh Boyce's compelling female characters push against the rigid social parameters of 1930s Ireland, yearning for the light of the outside world, which comes in the shape of a stranger trading in herbs, cures, complications and danger."
Dermot Bolger

'A humane and gripping story of women's lives'.
Patricia Ferguson 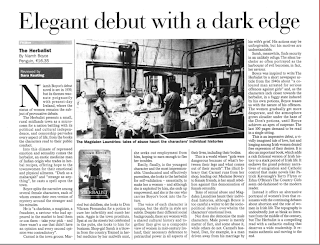 
'It reminds me of a whole raft of great Irish writers. There is a touch of Edna O'Brien about it. There's a touch of William Trevor and John McGahern about the feeling for small town Irish life.'


'A very assured debut. It's beautifully constructed. There's a lot going on in this book that is slowly revealed and the writing is beautiful.'