Niamh Boyce writes poetry, novels and short fiction. She was awarded The Hennessy Award for New Irish Writer of The Year in 2012.  In her bestselling novels, she has fictionalized real-life criminal trials. Her bestselling debut THE HERBALIST won Debut of the Year at The Irish Book Awards and was long listed for an IMPAC. It was also an inaugural Irish Writers Center Novel Fair winner. Her novel HER KIND, was based on the Kilkenny Witchcraft Trial and nominated for the EU Prize for Literature. 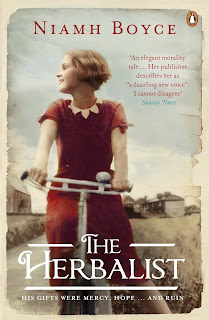 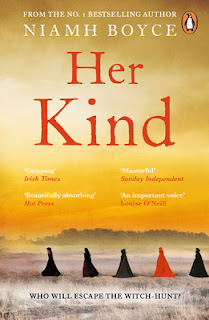 She won the overall  Hennessy XO New Irish Writer of the Year and the Emerging Poet Award in 2012. Her poetry pamphlet The Beast is Dead was highly commended in The Patrick Kavanagh Poetry Award 2013. 'The Beast' was selected for inclusion in the Raving Beauties anthology 'Hallelujah for 50 ft Women.'(Bloodaxe 2015) Her poetry has been published in literary magazines such as Poetry Ireland Review, The North - Irish Issue, The Moth Magazine, Southword, Boyne Berries, The Poetry Bus and Orbis. Inside the Wolf her debut poetry collection was published in 2018. 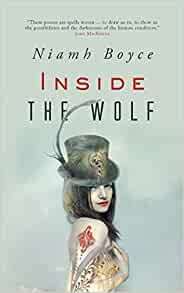 Niamh's short fiction has been adapted for stage, broadcast, published in literary magazines such as Banshee, Crannog, The Tribune, New Irish Writing, and The Yellow Room. They have also been shortlisted for the Francis Mc Manus Award, the Molly Keane Award and the Hennessy Award. Her work has been anthologized, most recently in The Long Gaze Back- Irish Women Writers',  'The Hennessy Book of Irish Fiction', 'Empty House', 'Galway Stories 2020' and 'The Music of What Happens' and Reading the Future.  She also writes non-fiction stories for the international magazine Womankind.
Niamh is a trained facilitator and tutor with a background in community development. She has devised and taught creative writing, and novel workshops for many years. She earned an M.Phil in Women's Studies (Trinity College Dublin) and an honors degree in English and History (NUIG) Other qualifications include a Higher Diploma in Community Development Practise (NUIG) and a Community Arts Certificate. She also mentors writers through the Irish Writers Centre.

Represented by Nicola Barr at The Bent Agency